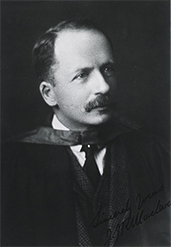 Hormones are complex molecules that regulate vital functions, including growth and development. In humans and animals, hormones are produced in glands and organs such as the pituitary, thyroid, and pancreas.

The new technology ensured an abundant supply of these drugs. In the case of hGH, the number of children requiring it to treat pituitary gland disorders is quite small. However, with the supply secure new markets and applications emerged. The drug is used to increase height in otherwise healthy children, to enhance athletic performance, and to rejuvenate aging bodies.