A Brief History of NLM

The National Library of Medicine started in 1836 as a small collection of medical books and journals in the office of the United States Army Surgeon General. Before the collection moved in 1962 to National Institutes of Health Bethesda, MD campus, it was housed at these locations:

Office of the Surgeon General of the Army Various locations in downtown Washington, DC

The National Library of Medicine began quite humbly, as a few books in the office of the Surgeon General of the Army. The first request for funds for the library—$150 for medical books—appeared in the 1836 estimate of expenses for the Surgeon General's Office, and in 1840 the office issued its first "catalogue of books in the library." As historian Wyndham D. Miles noted in his 1982 history of NLM, "The entire collection [as listed in that 1840 catalog] could have been held by a four-shelf bookcase, shoulder high and 7 or 8 feet wide." Although the collection grew under Thomas Lawson, Surgeon General from 1836 to 1861, it was still insignificant and disorganized if one accepts the appraisal of Joseph J. Woodward, who served in the Surgeon General's office from 1862 to 1864: "At the time the late Civil War broke out nothing deserving the name of a medical library existed in Washington. 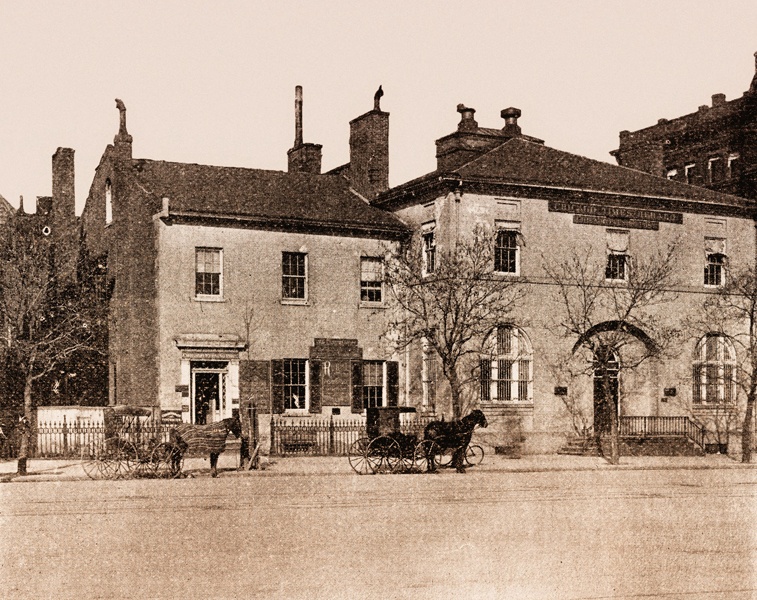 In 1862, the Surgeon General's library was moved to the Riggs Bank Building at 15th and Pennsylvania, NW, in Washington, DC. The library issued its first printed catalogue in 1864, listing approximately 2,100 volumes. One year later, with the closing of the Army's temporary Civil War hospitals and the consolidation of their libraries, the Surgeon General's office got a windfall of medical books and journals.

In January 1865, the Army summoned 27-year-old surgeon—and book lover—Lieutenant John Shaw Billings to take charge of the burgeoning collection. His appointment marked a turning point in the development of the library. Within six years, the library had 13,000 volumes and by 1873 the collection included 25,000 books and 15,000 pamphlets. By 1880, the number of books had doubled to 50,000 and the number of pamphlets had quadrupled to 60,000.

An enthusiastic book collector, Billings wrote physicians, librarians and editors to request donations of books, and even accosted State Department officials, asking them to bring back foreign medical works from their trips abroad. Before resigning from the Army in 1895, Billings had transformed the collection into the world's greatest medical library, covering the medical literature of virtually all eras and nations. Its holdings in 1895 included 116,847 books and 191,598 pamphlets.

John Shaw Billings helped chart the course for today's National Library of Medicine in many ways. By the end of his tenure, and with his encouragement, books and journals were regularly going out on loan to physicians, and thousands of reference inquiries were being answered annually. 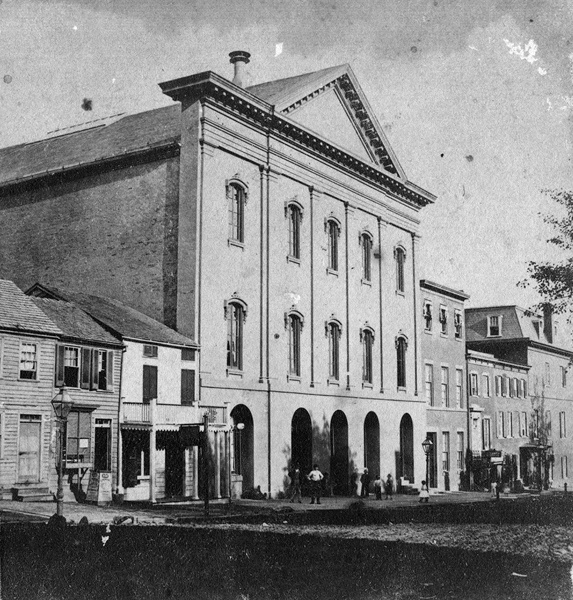 On April 14, 1865, U.S. President Abraham Lincoln was assassinated while attending a performance of "Our American Cousin" at Ford's Theatre. Citizens protested so violently against further productions that the government took over the theater and purchased it the following year to house the Army's medical records, museum and library. In the years that the library's collections were kept at Ford's, the first eight volumes of the Index Catalogue appeared. Launched in 1880 and the brainchild of John Shaw Billings, this monumental work was a combined author and subject catalog of the library's growing collection of monographs and periodicals. William Welch (1850-1934), the celebrated professor of pathology and the first dean of the Johns Hopkins Medical School, pronounced the Index-Catalogue America's greatest contribution to 19th century medicine.

The Ford's Theatre era was a time of dramatic growth and change for the Surgeon General's library. A spirit of ambition took hold and, as early as 1871, Surgeon General Joseph K. Barnes and Billings started laying plans to develop the collection into the "National Medical Library." To Barnes, this meant that the library would contain "every medical book published in this country and every work relating to public health and state medicine," that would be, in Billings' words, "as complete as possible in all publications relating to military organization, medicine, and the allied sciences," and would be "an universal library of references." Up to this time, the library was know to Army physicians, visitors who passed by as they walked up to the third floor of Ford's and to those who heard of it by word-of-mouth. Now Billings set out to inform the American medical profession that the library existed and would be developed for the use of all physicians.

In 1879, Billings began the first comprehensive index of journal articles, the Index Medicus. It was inspired by his own experience: while writing his thesis on epilepsy, he was frustrated by the lack of a subject index to the medical literature. MEDLINE, NLM's online database, is an electronic version of that publication. MEDLINE contains over 14 million references dating back to the mid-1950s. 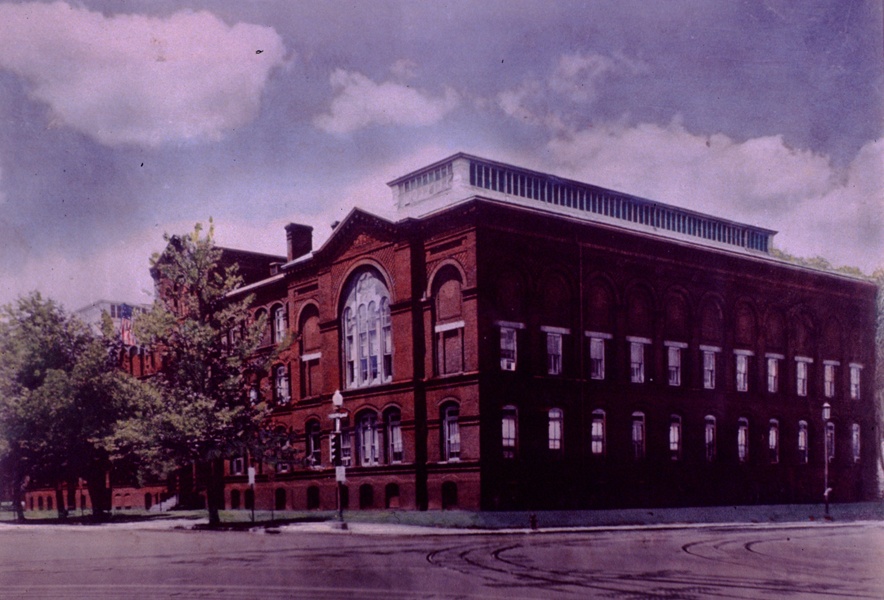 From 1887 to 1962, the Library of the Surgeon General's Office, officially renamed the Army Medical Library in 1922, was located with its sister agency, the Army Medical Museum, in this three-story, red brick building that Billings had designed. (The Hirshhorn Museum now stands on the site, on the Mall in Washington.) Inspired by Billings' vision of a great national institution, the library began offering expanded services to meet the information needs of health professionals. By the 1880s, books and journals were regularly going out on loan to physicians across the country and, as technology improved, microfilming and photocopying of literature for patrons followed. The historical collection grew significantly during this period and was shipped to Cleveland, Ohio for safekeeping during World War II. The library also took its first steps into the computer age while at 7th and Independence, launching a mechanized system for producing its publications in 1958. 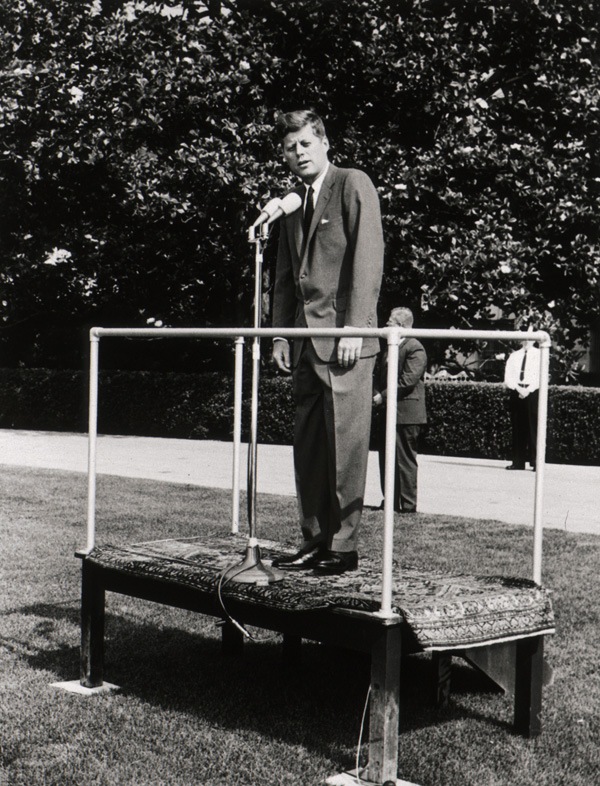 A 1956 act of Congress transferred the library to the Public Health Service and named it the National Library of Medicine. Senators Lister Hill and John F. Kennedy were the driving force behind the bill. Kennedy would see his vision realized in 1962 when, during his presidency, NLM opened its doors on the campus of the National Institutes of Health in Bethesda, Maryland.

The new National Library of Medicine took its place on the NIH campus in 1962, on the wooded site of a former golf course. Designed to protect the collection from possible Cold War threats, the building features foot-thick limestone walls, over 50 miles of subterranean bookshelves and a collapsible roof. The computer era has blossomed here, with the establishment of the Lister Hill National Center for Biomedical Communications in 1968, the creation of MEDLINE in the 1970s, the establishment of the National Center for Biotechnology Information in 1988, the introduction of free MEDLINE in 1997, the creation of consumer-friendly MedlinePlus in 1998, and the introduction of ClinicalTrials.gov and PubMed Central in 2000, among other developments. Meanwhile, the collection has grown dramatically and with it the number of interlibrary loan requests filled. NLM now partners with over 20 nations and has expanded its outreach efforts to consumers and health professionals around the globe.