Eugene V. Koonin, PhD, senior investigator in the Computational Biology Branch of the National Library of Medicine’s (NLM) Intramural Research Program, has been elected to the National Academy of Medicine (NAM). The announcement was made today as part of NAM’s annual meeting.

Election to NAM is one of the highest honors in the fields of health and medicine and recognizes individuals who have demonstrated outstanding professional achievement and commitment to service. His election to NAM acknowledges his achievements on the identification of clusters of homologous genes that created the foundation for systematic study of genome evolution and function. His work has illuminated the evolution of microbes and viruses including discovery of adaptive immunity in bacteria and archaea, the basis for the genome editing technology known as CRISPR.

Dr. Koonin is widely recognized for his work in evolutionary genomics, in particular, of microbes and viruses; discovery of new viruses and antivirus defense systems by analysis of genomic and metagenomic sequence data; theoretical and empirical study of virus-host coevolution; and evolution of cancer genes.

"Dr. Koonin's devotion to science has shaped the foundation of comparative and evolutionary genomics," said NLM Director Patricia Flatley Brennan, RN, PhD. "He is an expert in the field of evolutionary and computational biology, and we are proud that his work and its impact on human health is being recognized in this way." 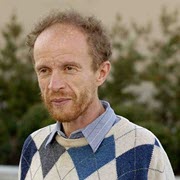