“Things Most Strange and Wondrous”: The Hidden Roots of Modern Science and Medicine 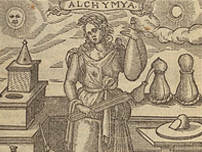 “Things Most Strange and Wondrous”: The Hidden Roots of Modern Science and Medicine is an educational module divided into three classes that explore different facets of the magical and esoteric traditions that contributed to the development of modern science and medicine.

Information about the author of the module, suggested uses, and academic objectives is available online at About the Module.

This class introduces students to Renaissance conceptions of nature and the wider universe through text and visual representations of exotic flora and fauna, as well as microcosm and macrocosm. Students examine how Renaissance naturalists approached nature using both the works of ancient authors and their own direct observations, as well as how the thinkers of this period conceived of the relationship between the individual and the cosmos.

The second class examines how elements of several magical traditions were borrowed and adapted by Renaissance philosophers as they created what we recognize today as science. Students consider themes, such as the magical and esoteric elements appropriated by science, the emergence of empiricism as witnessed in the writings of Paracelsus, and the alchemical research undertaken by the acknowledged leaders of the Scientific Revolution.

This class explores the simultaneous hope and fear that magic evoked among philosophers, theologians, and the general public. Students use source materials, including Francis Bacon’s The New Atlantis, Christopher Marlowe’s Doctor Faustus, and accounts of witchcraft as examples of the hopes and anxieties with which magical practitioners often contended, and examine three themes—utopian visions in ethical uses of magic and science; fragile reputations in the trope of the unethical magician (and scientist); and witchcraft and sciences.