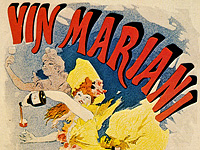 Much discussion of psychoactive drugs, or drugs which modify consciousness or mood, divides them into separate categories of useful medicines or dangerous, banned drugs. Yet many compounds function as valuable medicines when used in certain ways and agents of pleasure—and of addiction—when used in other ways. Some risks, such as overdose, are associated with both medical and nonmedical use of drugs. The Seeking Pleasure, Managing Moods: User’ Experiences with Psychoactive Drugs module examines how Americans have sought to benefit from the effects of drugs and control their negative effects from the Progressive Era through the twentieth century. It focuses closely on the experiences of drug users themselves. Historians examining drug-using behavior in the past have benefited from studies of drug users and the social contexts of drug use carried out by ethnographers. They have also probed the relationship between physician and patient as a site of drug prescription. The classes in this module offer works by historians and sociologists as well as written sources from earlier periods by or about drug users. A better understanding of the motives that underlie both medical and nonmedical drug use can help students think more critically about issues such as drug policy and the regulation of medicines.

The module consists of five one-hour classes. Each class provides a selection of primary and secondary readings along with suggested class discussion questions designed to draw out some of the main themes of the primary sources and the arguments of the secondary sources. The questions also invite students to link material in the current module to material encountered in earlier ones. Information about the module’s author, suggested use, and academic objectives is also available online at About the Module.

Class 1. Middle Class Women and Morphine; Working Class Men and Heroin focuses in the Progressive Era, when rising rates of addiction to medicines like morphine and drug use in urban working-class entertainment districts sparked reformers’ alarm.

Class 2. Urban Hustlers charts the rise of heroin use in American cities in the years following World War II.

Class 3. Anxious Women examines the rise of anti-anxiety drugs from the 1950s as both men and women in American society faced profound pressure to conform to normative gender roles.

Class 4. Rebellious Youth puts the rising drug use by middle class youth in the late 1960s and early 1970s in the context of larger changes in American society, including the feminist movement and opposition to the Vietnam War.

Class 5. College Students invites students to consider the place of drugs in their own world.