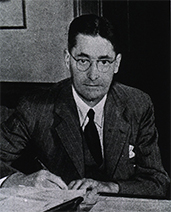 Microbes are equipped with defense mechanisms to help ensure their survival. Penicillium, the bluish-green mold that grows on stale food, produces a substance that has the power to kill its bacterial competition. Many of these bacteria are also deadly to humans.

In the years leading into World War II, British scientists established the life-saving potential of Penicillium’s natural antibiotic. Prompted by the war emergency, the United States government teamed with drug companies to mass-produce penicillin. The ability of the drug to prevent fatal infections among the wounded inspired the nickname “yellow magic.”

The anti-infective power of penicillin and other antibiotics has led to their overuse in medicine and agriculture, resulting in the emergence of drug-resistant bacteria that threaten human health.