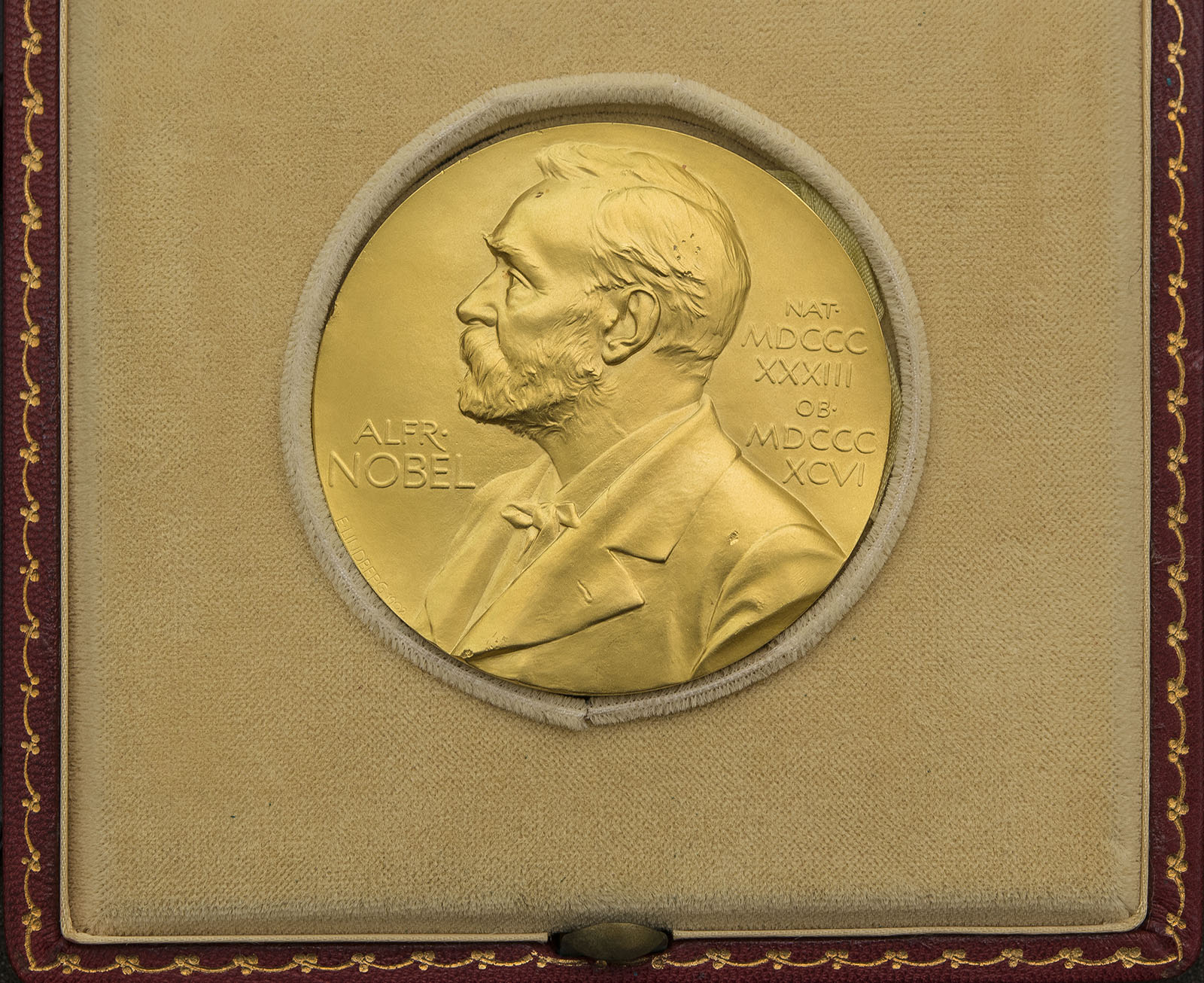 These unique items, among many more we hold in the public trust, tell stories of the people, places, and ideas that inform the history of human health and disease in our nation and the world. These stories help us understand how the past informs the present and inspires the future.

Select a Medical Treasure to Explore 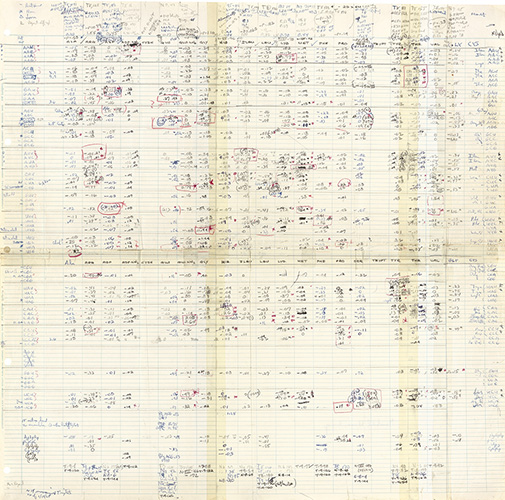 Nirenberg’s chart recording the first summary of the genetic code, 1965
In Profiles in Science

On January 18, 1965, Dr. Marshall W. Nirenberg (1927–2010), completed the first summary of the genetic code—one of the most significant documents in the history of twentieth-century science. It is a painstaking chart of handwritten data from experiments completed by Nirenberg and his team of scientists documenting the discovery of how sequences of DNA, known as “triplets,” direct the assembly of amino acids into the structural and functional proteins essential to life. The chart is included in the Marshall W. Nirenberg Papers, held at the National Library of Medicine. Dr. Nirenberg would go on to win the Nobel Prize in Physiology or Medicine (pictured above) in 1968 for this work, sharing the award with Robert W. Holley of Cornell University and Har Gobind Khorana of the University of Wisconsin at Madison “for their interpretation of the genetic code and its function in protein synthesis.” To read more about this chart visit Deciphering the Genetic Code: A 50 Year Anniversary in Circulating Now.

Preserving this genetic code chart has been an important and exciting challenge for NLM conservators, as they study the best way to store this important document written on multiple sheets of paper in pencil, India ink, and multiple ball-point pen inks, and held together with adhesive tape. To read more about the research that went into creating an appropriate housing environment for the Nirenberg charts, visit Preserving Nirenberg’s Genetic Code Chart in Circulating Now. 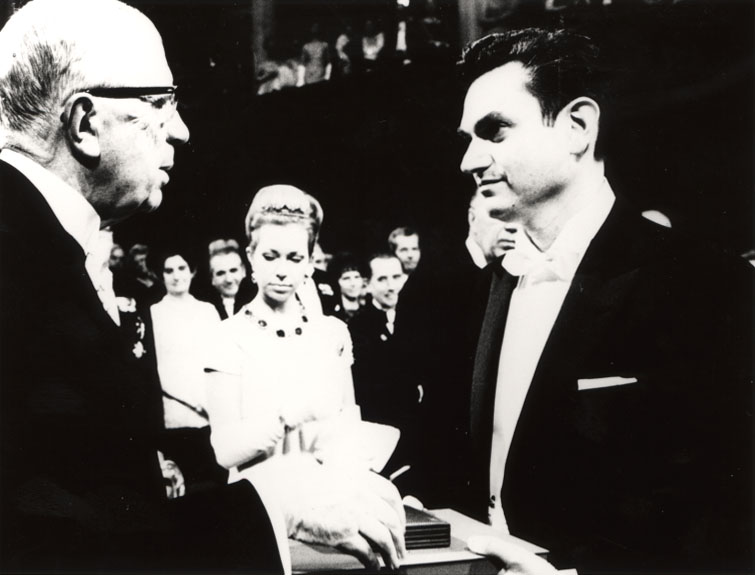 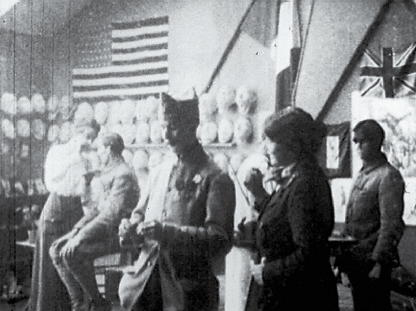 Anna Coleman Ladd consults with a man in uniform in the studio, ca 1918
Still from the film 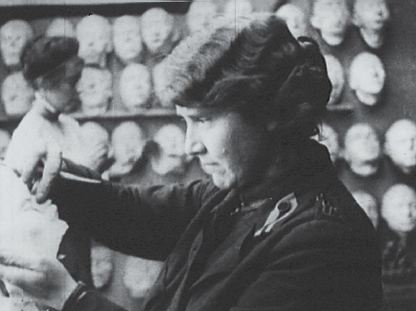 Anna Coleman Ladd works on a plaster model, ca 1918
Still from the film

The National Library of Medicine holds a very rare fragment of the silent film, Plastic Reconstruction of Face, produced in 1918 shows the sculpting work of Anna Coleman Ladd and Francis Derwent Wood at the Studio for Portrait Masks. The footage reveals the earnest work of the sculptors who specialized in creating masks for World War I soldiers with facial injuries. Trench warfare produces many of these debilitating and demoralizing injuries. Soldiers injured this way often underwent multiple surgeries, but contemporary plastic surgery techniques were limited. Ladd started with plaster cast and then made a copper mask to cover just the injured area. She used fine metal threads for eyelashes and painted the masks to match the skin tone. To view the film and read more about the plastic reconstruction in response to war trauma, visit Plastic Reconstruction of the Face, 1918 in Circulating Now. 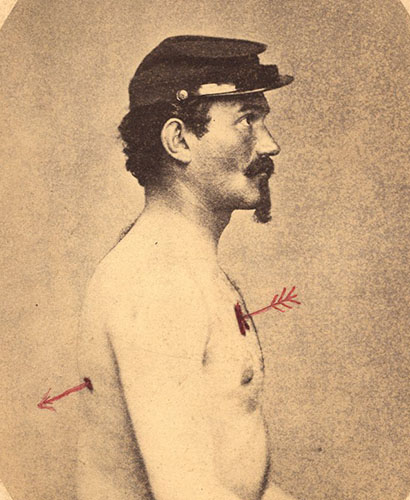 Photograph of Ludwig Kohn by Reed B. Bontecou taken to illustrate his medical case for the Army Medical Museum, 1865

In 1862, Surgeon General William Hammond (1828–1900) requested officers of the Army Medical Corps to submit case records to be included a publication Medical and Surgical History of the War of the Rebellion. The Civil War Surgical Card Collection represents part of this monumental effort to capture and disseminate medical knowledge accumulated during the war. The National Library of Medicine's cards are unique in being annotated with red ink indicating the trajectory of the bullets that caused the wounds being documented. Initially the cards served as teaching aids, today they preserve the stories of the soldiers and the doctors who served their country at a pivotal time in politics and medicine. To read more about American Civil War medicine and the surgical card collection, visit Civil How The Civil War Transformed U.S. Medicine in Circulating Now. 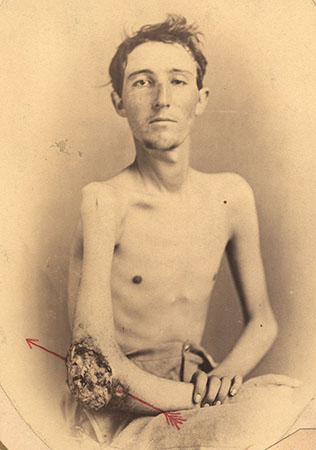 Photograph of James H. Stokes by Reed B. Bontecou taken to illustrate his medical case for the Army Medical Museum, 1865 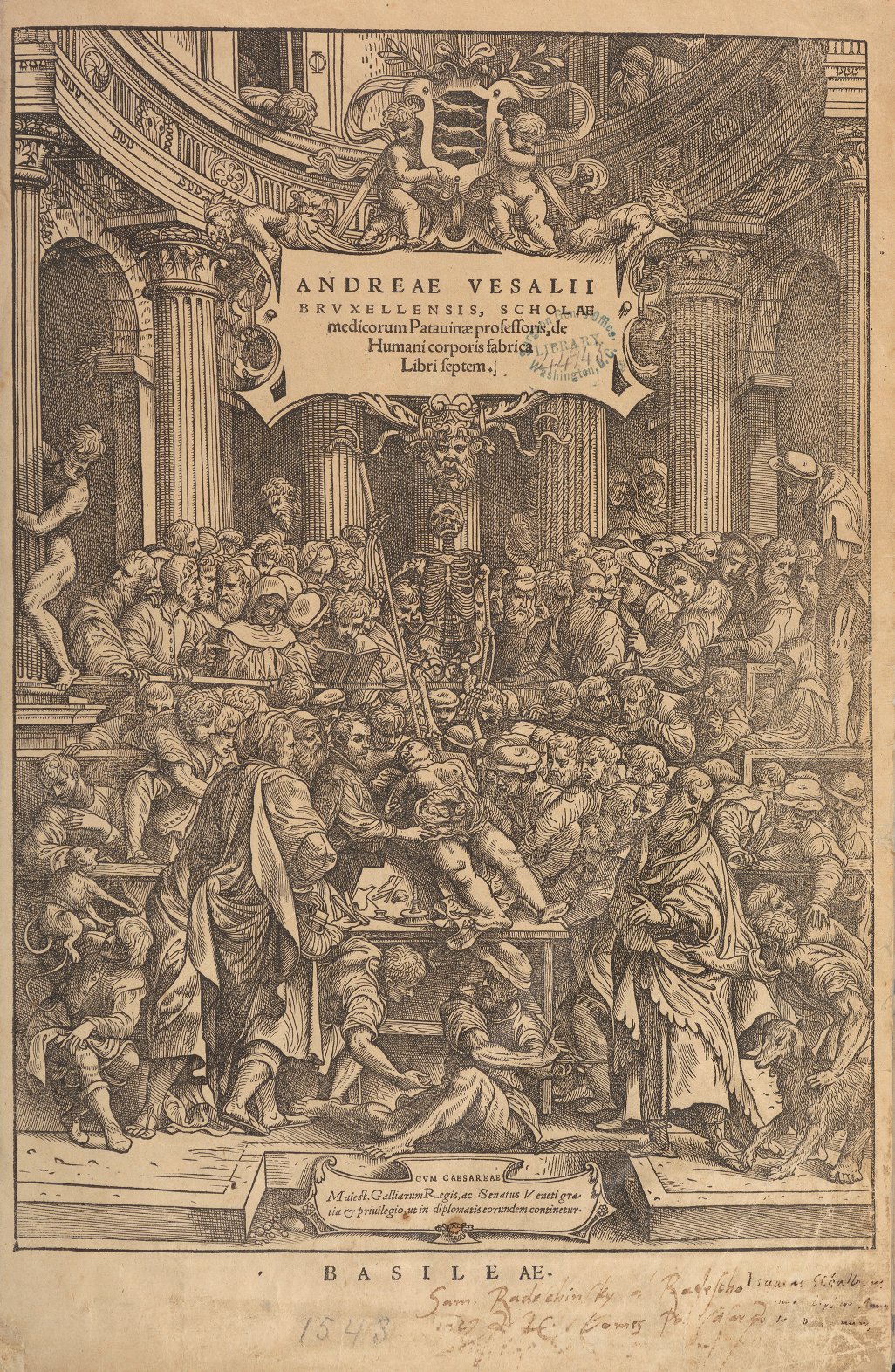 The Frontispiece of NLM’s copy of De Humani Corporis Fabrica by Andreas Vesalius, 1543 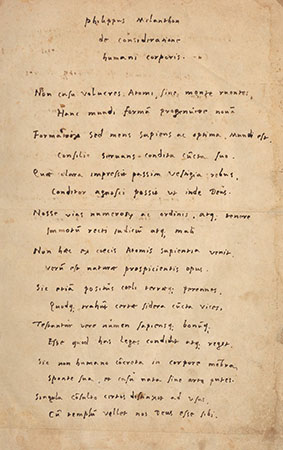 One of the most famous figures in the history of human anatomy, Andreas Vesalius (1514–1564) is best known for changing how we do medical research with his groundbreaking book, De Humani Corporis Fabrica Libri Septem (Seven Chapters on the Structure of the Human Body), published in 1543 and generally known as De Fabrica. The National Library of Medicine is fortunate enough to own a first edition of De Fabrica printed in Basel in 1543. While every surviving copy of De Fabrica is unique and important, NLM’s has some special traits relating to its history before arriving at the Library of the Surgeon General in the late 19th-century, including passing through the hands of a famous Protestant German theologian, a Poet Laureate, a botanist, and at least two practicing physicians. One of the most striking features of NLM’s De Fabrica is a handwritten poem on the volume’s front flyleaf by Philipp Melanchthon (1497–1560), a German theologian working with Martin Luther and one of the primary intellectual leaders of the Protestant Reformation, which appears to be a personal reflection upon Vesalius’s famous work. To learn more about this visit NLM’s Unique De Fabrica in Circulating Now.

Discover More Treasures at the National Library of Medicine

Historical Treasures of the National Library of Medicine, 1985

Circulating Now: From the Historical Collections of the National Library of Medicine