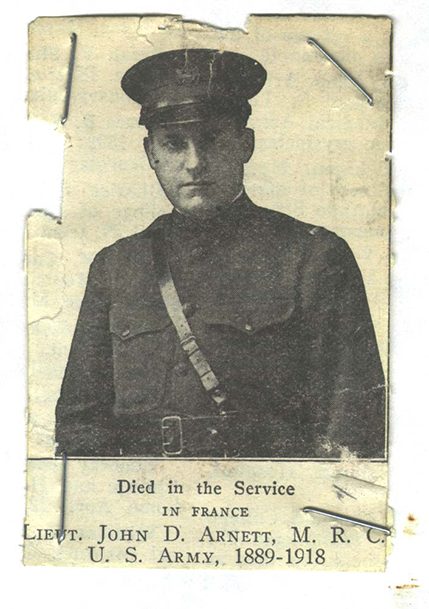 From the very beginning of the American Medical Association (AMA) in 1847, it was obvious to its members that there was a need for a reliable medical directory of all the physicians in the United States. Although various attempts were made in the ensuing decades, it was not until the turn of the century that the AMA put this project into action. All physicians, AMA members or not, were to be included. Initially, the AMA began a biographical index of American physicians by consulting each state’s licensing body. Later, directories, lists of medical school graduates, and other sources were used to “back-fill” the records into the 19th century. After 1901, medical schools and state licensing boards began to routinely file information about its physicians with the AMA. In 1905 and 1906 as the physician file grew, letters requesting biographical information were sent to approximately 90,000 physicians. Similar biographical forms were published in the Journal of the American Medical Association. To obtain additional information and to verify the data, 5,000 volunteer physicians around the country were recruited to review the biographical information. Finally, the first AMA directory was published in 1906 as the American Medical Directory and has appeared continuously every couple of years up to the present.

After the publication of the 1906 directory, the AMA continued its effort to obtain more complete information about the graduates of all medical colleges and lists of licensed physicians prior to 1901. The cards are exhaustive for physicians who died between 1906 and 1969 which, of course, for the early part of the twentieth century would include physicians who practiced in the second half of the 19th century. There are also cards with death notices and biography going back to the nineteenth century, but these are incomplete. The information on each individual physician was put onto 4"x6" cards. Alumni record cards were prepared for those physicians who graduated from a medical school after 1865. By 1910, the biographical cards contained the full name, place and year of birth, premedical education, medical school and year of graduation, all licenses, internships, special training, and the physician’s place of practice.

The AMA staff maintained the physician biographical cards until 1969 when the use of the cards was discontinued. At that time, the AMA began to store the information into a computer database. Information on physicians living at that time was entered into the database. The cards for physicians who died prior to 1970, approximately 350,000 cards, were retained and placed into the AMA archives as the AMA Deceased Physicians Masterfile.

The first set of cards was published in 1993 as the two volumes Directory of Deceased American Physicians 1804-1929. It provides concise biographical sketches of over 149,000 deceased medical practitioners and has become a “classic” reference work used by the medical profession, historians, students, and genealogists.

A free online copy is available through FamilySearch.org. The microfilm copy of the original cards was digitized and is available using a free online account. See their wiki for more information.